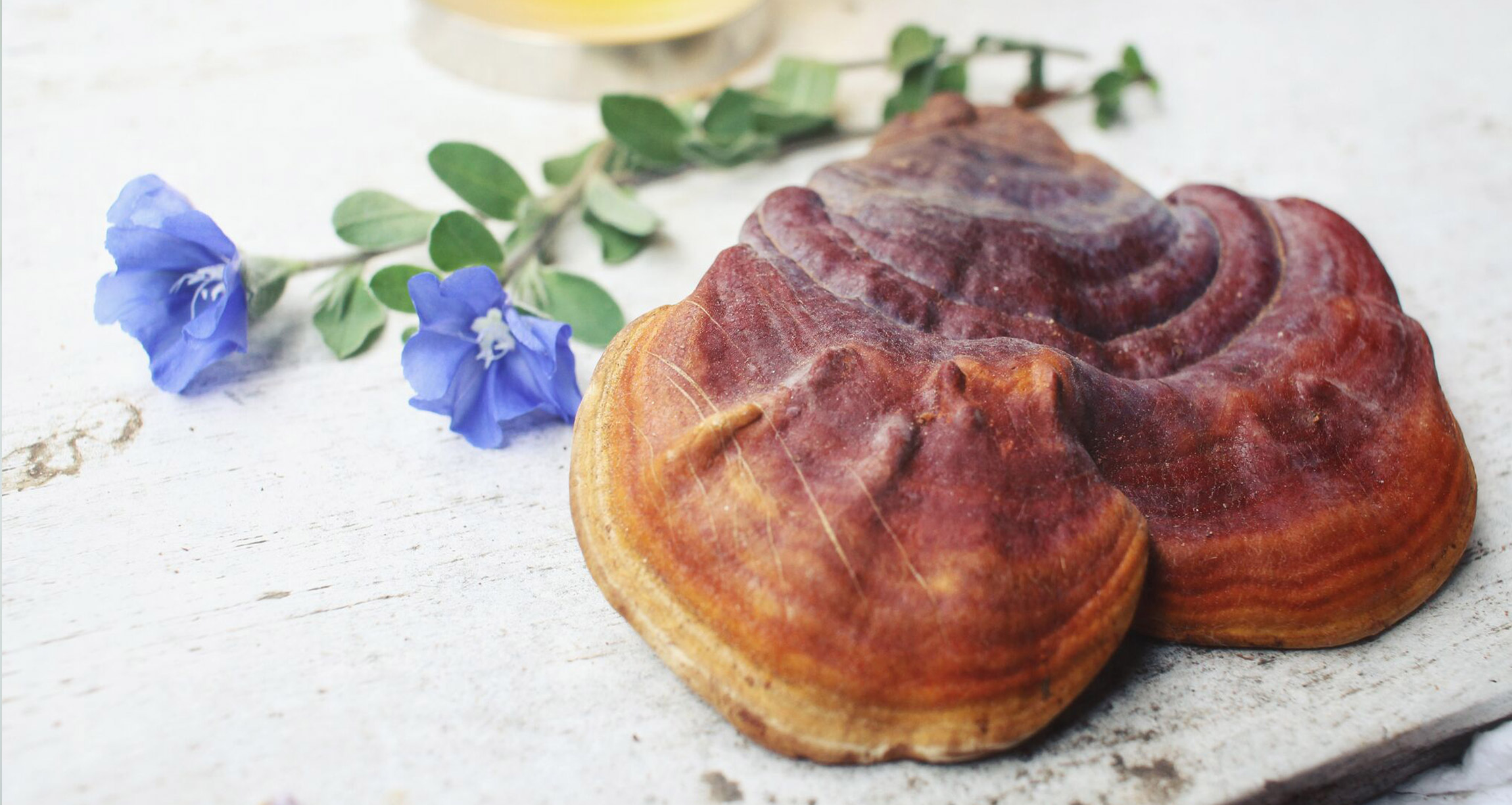 You’ll be amazed to find out all the medicinal mushrooms benefits. You can use them to help boost your immune system, your athletic performance, and your mental clarity — and even for helping prevent cancer.

Fungi, including mushrooms, are peculiar forms of life. They pop up, seemingly overnight, out of nowhere. And unlike plants, they’re not green, they don’t have leaves or roots, and they never form flowers, fruits, or seeds.

This fact may be why many of the components that help mushrooms defend themselves against their enemies also support your body’s defense mechanisms and are increasingly being seen as a legitimate means to enhance your health and well-being.

The ancient Egyptians believed eating mushrooms brought long life. And mushrooms have been used for thousands of years in cultures around the world, particularly in Asian countries.

Now, modern scientists are discovering some fascinating healing properties of mushrooms. And more than a hundred species of mushrooms are currently being studied across around the world today for their potential health benefits.

Why Are Mushrooms So Powerful?

Medicinal mushrooms got their name because they were used for the prevention and treatment of diseases.

All mushrooms contain beta glucans, which have been found to help fight inflammation and aid the immune system.

Mushrooms are thought to protect against breast and other hormone-related cancers because they inhibit an enzyme called aromatase, which produces estrogen.

Mushrooms also contain a type of lectins that recognize cancer cells and prevent these cells from growing and dividing.

(Lectins, a type of carbohydrate-binding protein, have gotten a bad reputation in certain circles. But some of them, such as the ones in mushrooms, can be highly beneficial.)

The Extraordinary Health Benefits of Mushrooms

More than 2,000 species of edible mushrooms exist on the planet.

This article discusses some of the more common medicinal mushrooms:

All available evidence indicates that, at high levels, free radicals damage various structures in your body’s cells. This cellular damage contributes to an increase in your risk for developing many health problems, including those related to aging. This is why decreasing or inactivating free radicals can lead to huge benefits for your health.

Dietary antioxidants, such as vitamin C, vitamin A, selenium, beta-carotene, and others, counter the adverse health effects of free radicals.

Promisingly, many mushrooms also contain powerful ingredients that have been found to neutralize free radicals.

For instance, extracts of the medicinal and dietary mushroom Reishi have been shown to reduce free radical activity. Known in China as the “spirit plant,” Reishi is believed to relax and fortify both mind and body.

Another medicinal mushroom, chaga, is also known for its antioxidant properties — indeed, according to a report in the International Journal of Biological Macromolecules, a Chaga polysaccharide has been found to possess “strong antioxidant activity for scavenging free radicals.” 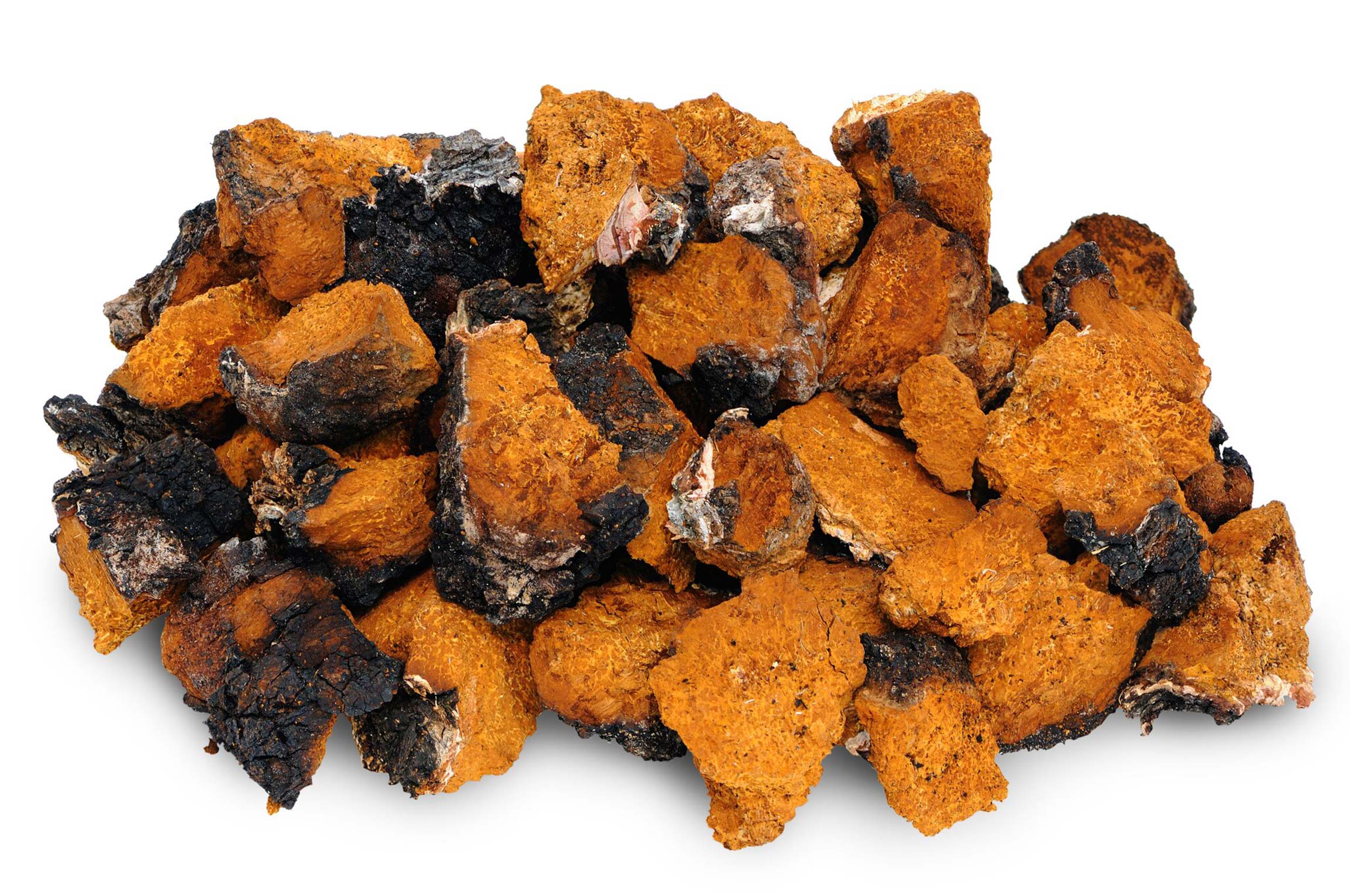 Similarly, the journal Carbohydrate Polymers reports that polysaccharides present in the fungus Cordyceps have been shown to “improve the antioxidation activity in immunosuppressed mice (and to) significantly increase… total antioxidant capacity.”

The great news is that Cordyceps not only helps to neutralize harmful free radicals, it also enhances the activity of your body’s innate antioxidant systems. 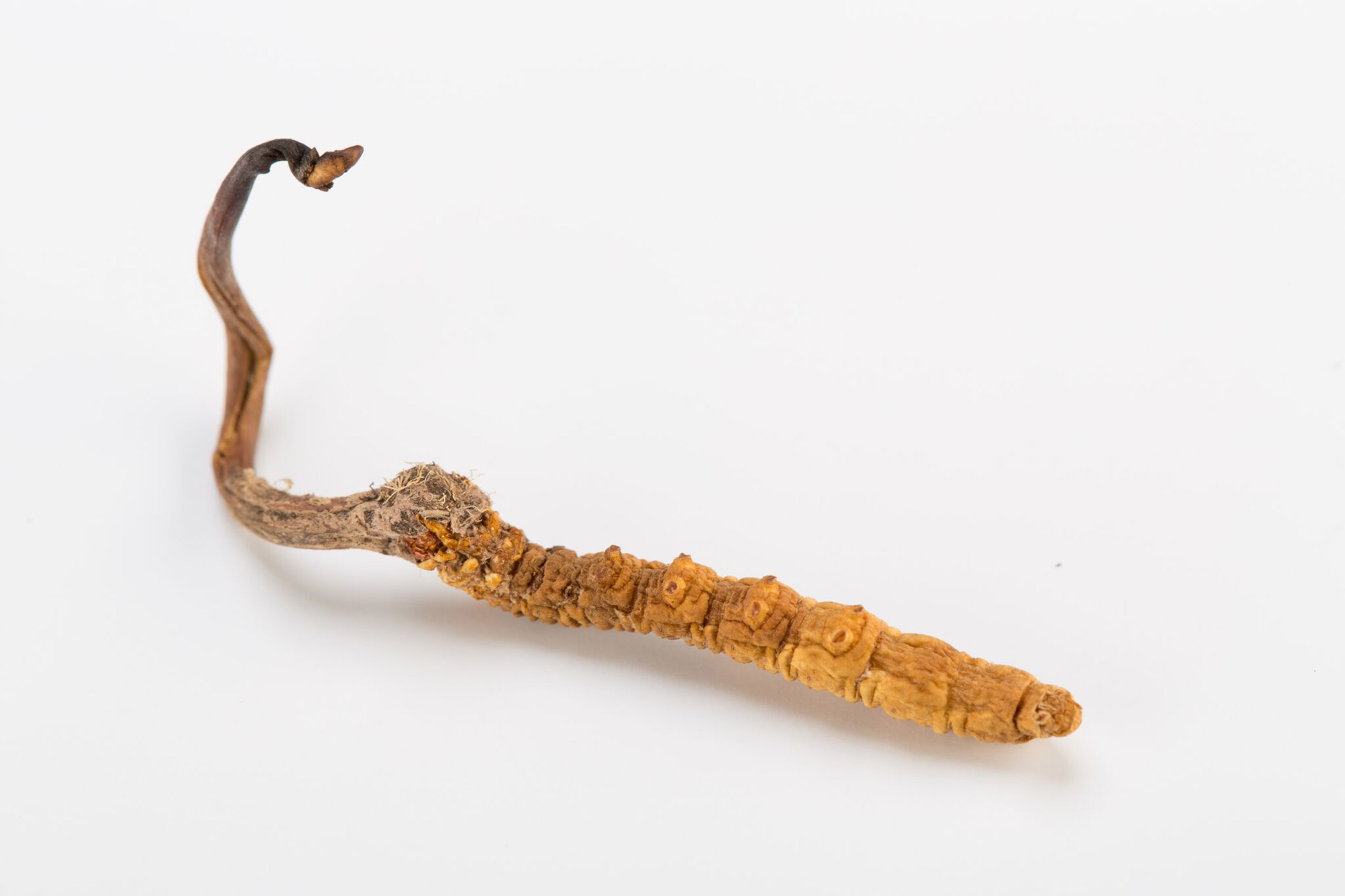 Cordyceps Mushrooms: A rare combination of a caterpillar and a fungus

Every second of every day, your immune system is working overtime to clear away debris, to fight off cancer cells, and support your body achieve vibrant, healthy functioning.

It’s an extraordinarily complex and multifaceted system. And sometimes, especially as you age, your immune system can begin to wear down and function less effectively.

Mushrooms can help. They boost both the levels and activity of many vital components of your immune system — and may even “prime” immune cells so that they become more effective in responding to future infections and attacks.

Macrophages are a type of immune white blood cell that engulfs and digests cellular debris, foreign substances, microbes, cancer cells, and anything else in your body that does not appear healthy to the immune system.

A Chaga polysaccharide has been shown to induce rapid increases in macrophages in mice.

In another study, giving Chaga extract daily for 24 days to mice with compromised immune systems increased the numbers of protective white blood cells in their bone marrow.

Another medicinal mushroom, Reishi, has been shown to boost the production of many components of the immune system, including natural killer cells, which detect and destroy cancer cells and cells infected with viruses. 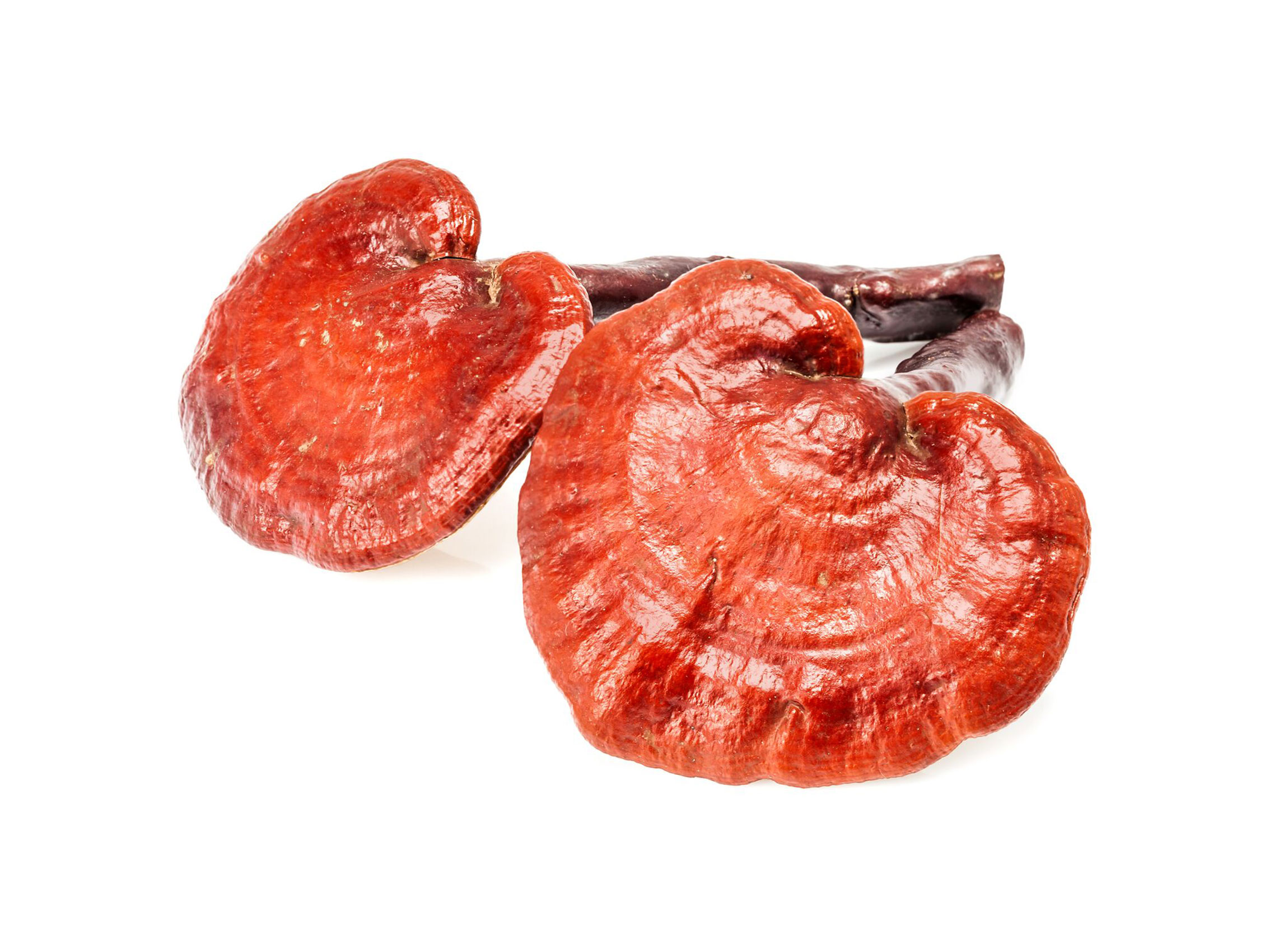 Reishi Mushrooms: “The mushroom of immortality”

In one study, 34 patients with advanced stages of cancer were treated for 12 weeks with a Reishi-sourced polysaccharide. The patients who were given the treatment showed substantial improvements in the effectiveness of their immune function.

Shiitake is one of the most popular and best-studied mushrooms in the world today. These mushrooms contain a polysaccharide known as Lentinan, which Cancer Detection and Prevention Journal has described as “a unique class of immunopotentiator” that helps to improve the quality of life and extend survival. 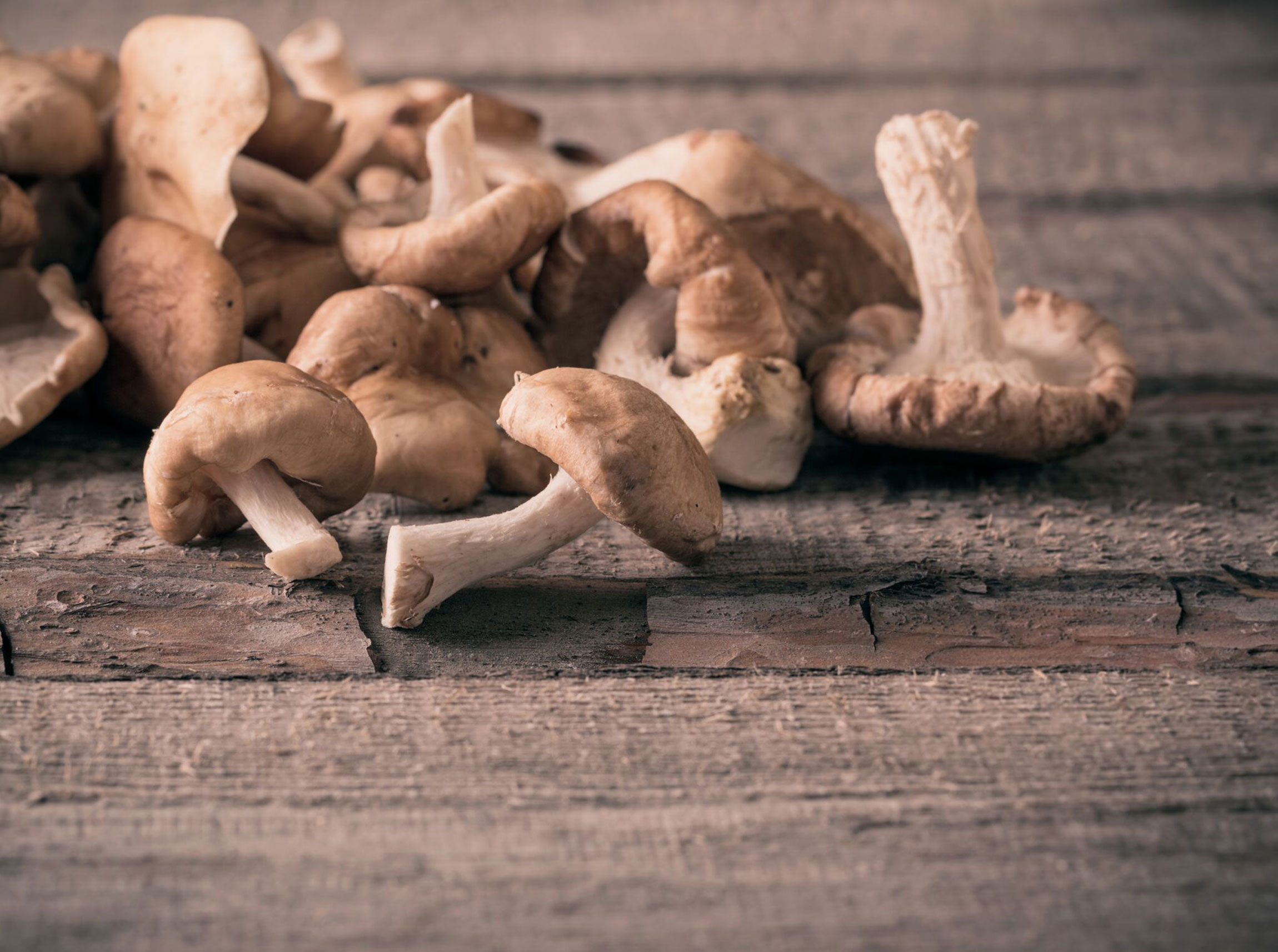 Shiitake Mushrooms: “The elixir of life”

In a 2014 study reported in the Journal of the American College of Nutrition, researchers gave 52 healthy young adults either five or 10 grams of dried Shiitake mushrooms daily for four weeks. Consuming mushrooms was associated with a substantial increase in the number and effectiveness of both “T immune cells” and natural killer cells.

In just one month, eating the dried shiitake mushrooms was found to support both a stronger immune system and a marked drop in inflammation. The subjects who took ten grams of dried shiitake’s daily had the most positive benefits.

Mushrooms may also be useful in managing safe levels of blood sugar.

The study also found that this same Cordyceps-sourced polysaccharide contributed to lower triglyceride and cholesterol levels.

One of the most common and devastating complications that can be caused by diabetes is diabetic nephropathy. Over time, the condition can cause the kidneys to malfunction and, eventually, to fail. 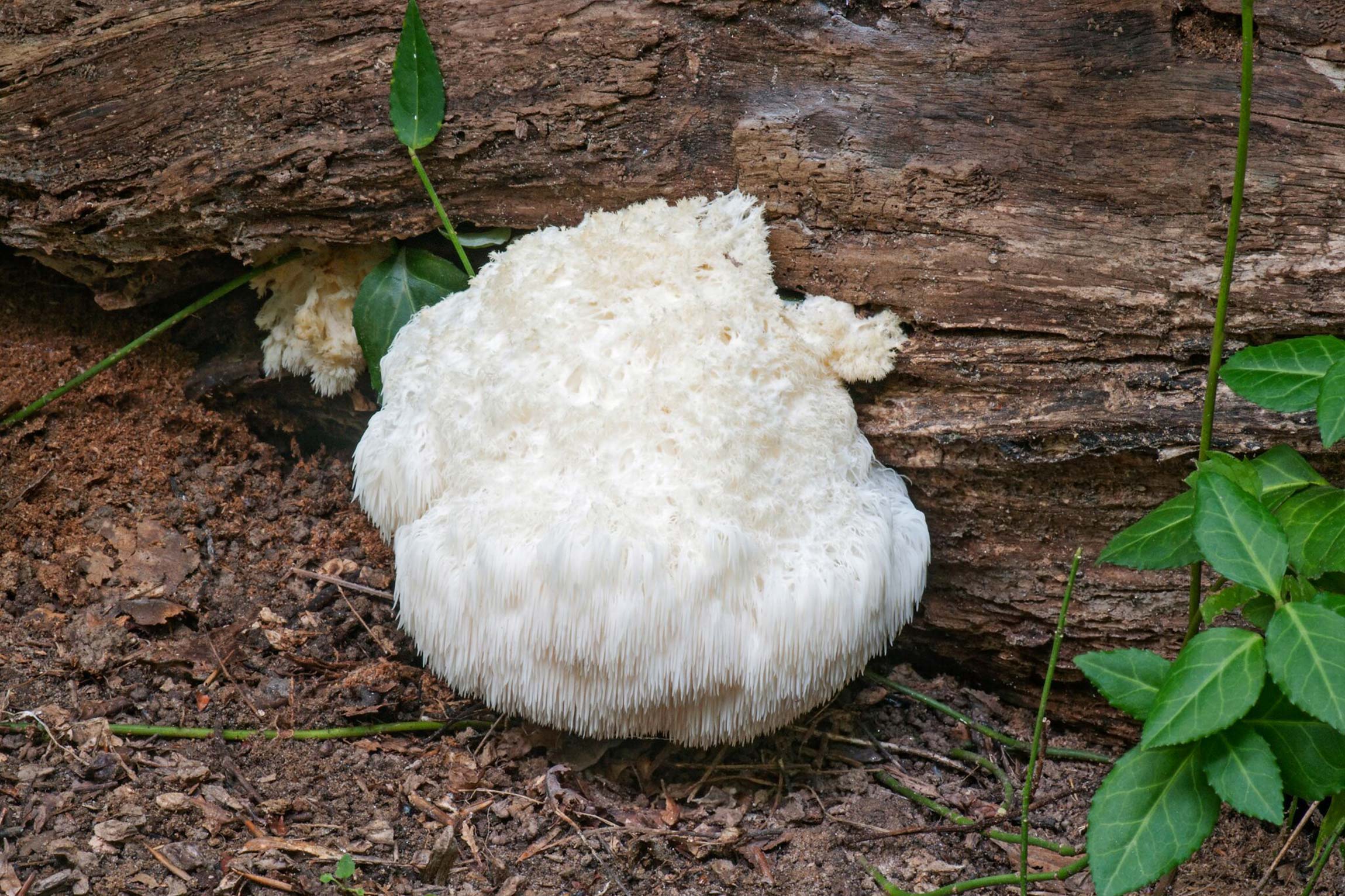 Lions Mane Mushrooms: The first “smart” mushrooms that may boost mood and memory

The ball-shaped mushroom with cascading icicle-like spines known as Lion’s Mane has a long history of use in traditional Chinese medicine. Once reserved for royal families, Lion’s Mane contains up to 20% protein and is considered to be a gourmet dish by many.

Potent compounds in Lion’s Mane have been shown to activate a very important peptide (a small protein) known as “nerve growth factor” or NGF. NGF is necessary for the growth, maintenance, and survival of the neurons in your brain.

These Lion’s Mane compounds stimulate your neurons to re-grow and trigger a process known as re-myelination, which helps to keep your neurons healthy and maintains their ability to conduct electrical signals efficiently.

In one small Japanese clinical study, elderly men and women with mild cognitive impairment (MCI) were given Lion’s Mane for 16 weeks. Throughout the study period, the mushroom-eating group showed significantly increased scores on a cognitive function scale compared with the placebo group. But if they stopped consuming the mushroom, their advantage disappeared.

Short-term memory refers to your ability to hold a small amount of information in your mind in a readily available state for a short period. Visual recognition memory is a measurement of your ability to recognize previously encountered events, objects, or people, and to “remember” them.

Both of these types of memory are often lost in people with age-related health conditions. And both of them appear to be supported by eating Lion’s Mane, which has been shown to help prevent the breakdown of spatial short-term and visual recognition memory and delay the onset of cognitive dysfunction. 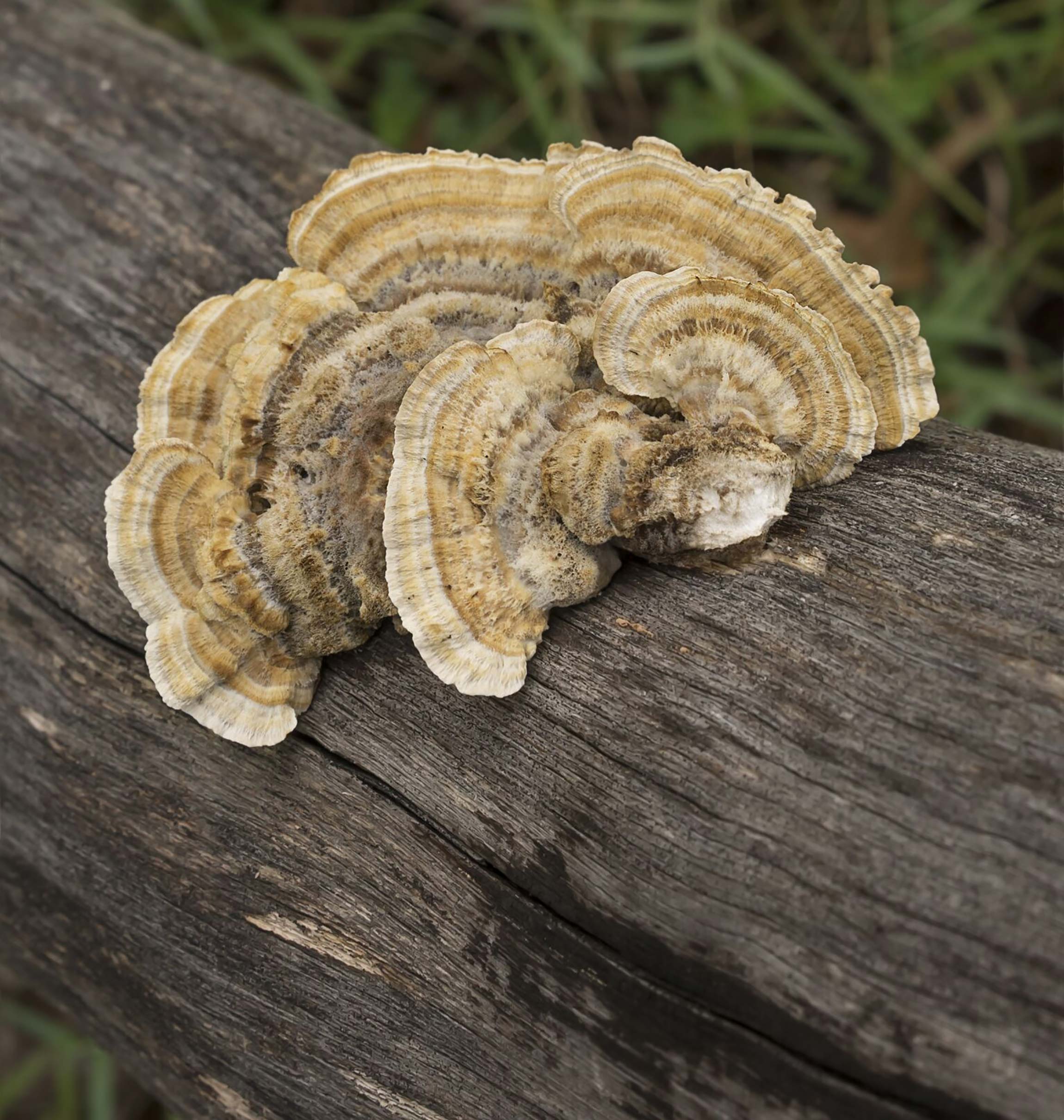 Cordyceps extracts have been shown to dilate the aorta — the main artery in your body that supplies oxygenated blood to your entire circulatory system — by up to 40%, thereby increasing blood flow and greatly enhancing endurance.

What’s more, Cordyceps contains adenosine and can stimulate the production of ATP — one of the main sources of energy in your body’s cells. This may be one of the reasons why it has been found to improve stamina in athletic performance.

In one Japanese study, supplementation with Cordyceps improved the performance of over 70% of long-distance runners.

In a 2010 double-blind, placebo-controlled study, a Cordyceps extract known as Cs-4 was given to 20 healthy elderly subjects three times per day for 12 weeks. Supplementation with Cs-4 was found to meaningfully improve their exercise performance and overall wellness.

What Can You Do With This Knowledge?

Mushrooms are potent health-boosters, and their documented benefits are extraordinary. The mushrooms discussed in this article are considered safe and relatively non-toxic.

But unless you’re a trained mycologist (an expert who specializes in the study of fungi), it is not recommended to begin harvesting them in the wild because some wild mushrooms are poisonous. There are so many varieties, species, and subspecies that a simple mistake could result in severe consequences or even death.

You may be able to find fresh shiitake or Lion’s Mane mushrooms in a local or specialty grocery store (and they’re both delicious!). But some of the most potent medicinal mushrooms can be bitter or may be difficult to find.

Plus, many health experts recommend combining multiple medicinal mushrooms for their synergistic effect.

If you’re going to take a mushroom supplement, you want to look for a manufacturer that offers 100% organic mushroom extracts and supplements, produced, stored, and packaged under strict guidelines to preserve their nutrient content and overall effectiveness.

And what about the common “table mushrooms” like button, crimini, portobello, or oyster? There is considerable evidence that all edible mushrooms, even the most common grocery store varieties, have potent health-boosting properties. But the most powerful may be the medicinal mushrooms described in this article.

So enjoy your mushrooms! Your body will thank you for the rest of your life.